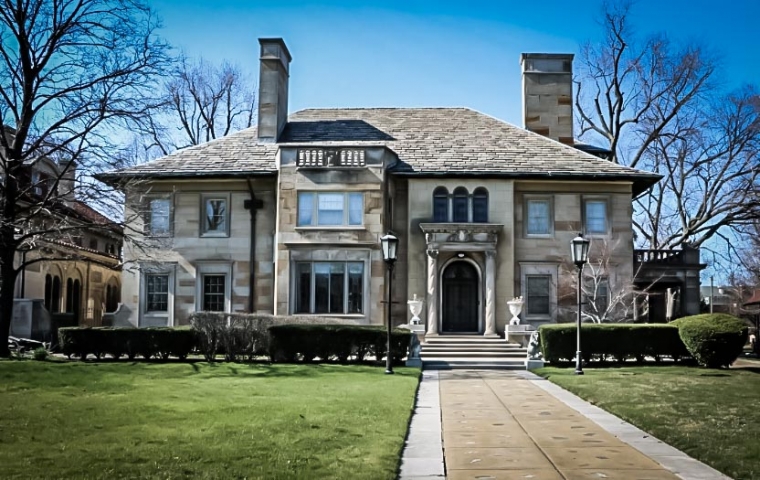 Chip's rental house in the Heights was impressive and he was proud to bring his friends for a tour after a night of drinking. He and Jade may have thought Will and Kay were slowing their roll by tagging along, but the night was young for the lovers who had been heating things up for the past couple months. Bryce slipped home because seeing a house in a nicer neighborhood than hers wasn't on her to-do list. Kay was determined to find a clue about Chip's sudden wealth. Some of their under-thirty friends living in Silicon Valley made more but it seemed out of character for Chip. She knew the siren song of Technology captivated Chip and she didn't want him to be taken advantage of. Kay knew dealing with advanced technology was dangerous. Her parents warned her to be cautious but never gave an indication of why they felt that way.

Chip had an RFID chip implanted in his index finger to open the three car garage, which he hardly needed with only two vehicles.

"This is where I park the Orion," Chip said.

"Chip, am I supposed to be impressed by your choice of vehicles?" Kay asked.

"It's a lease and the company pays for it but feel free to be impressed. I kept my sedan just in case;"

They continued towards the rear door. Presumably taking the back route so he could show off his swimming pool, which was a one- season amenity in Leland. Kay thought that the house being situated on the lake was enough water, but she supposed the pool was already with the house.

There were books, knickknacks and the usual clutter Chips home. It differed from Kay's home in that there was little dust. He could probably afford a cleaning service. A television screen dominated one wall with a few leather recliners for viewing and a wet bar nearby. It was stocked with top shelf liquors. If it were her house, Kay wouldn't bother with Captiva and throw ragers instead. The kitchen featured updated appliances. A readout of the contents in the refrigerator was displayed and it seemed to contain mostly cartridges for the 3-D food printer. Kay assumed Chip had most of his meals delivered by Food Bee, like most bachelors. Pretty much anything could be delivered hot or cold within minutes from the local hive – cute name for the delivery service’s district kitchen

"There's not a lot going on in here, Chip. Where do you get your work done?" Kay asked. Dropping an obvious hint to be shown the office. It was a hint meant for Jade to call her cell so she could answer the call and be left in the office alone.

"Let's chill here for a bit before we head to my office. Don't want to lose the buzz we got at Captiva." Chip walked towards the wet bar, which was illuminated from behind, making the bottles of premium liquor look irresistible.

Will was impressed. "Shit, dude. Why'd we bother going out when you have this sick bar. I'd become an alcoholic within a week if I had this going on," he joked.

"I'm not Bryce but I know how to mix a pretty good cocktail. Pick your poison," Chip said.

Kay was more interested in getting to Chip's office, but she couldn't resist. "Let's see how truly stocked your bar is. I'll have a Moscow Mule."

Chip pulled out a copper mug, and Kay was immediately impressed. Who the hell keeps one of those on hand? He filled it with small cubed ice. Chip smoothly poured a couple of ounces of vodka followed by lime juice. He stirred the concoction and covered it with ginger beer. A lime wheel was placed on the lip of the cup. "Enjoy Kay," Chip said as he proudly handed her the cocktail.

Chip was equally as agile fixing a Negroni for Will and a Sea Breeze for Jade. Each one made with fine spirts in the appropriate glasses. Finally, he poured himself a very dry martini with two olives and an onion. There was no need for the humongous television in the room because it would mean taking your eyes off the spectacular view.

"The wall of windows takes advantage of the view. Keeping the landscape manicured must be a fulltime job; you could bounce a quarter off that lawn," Jade gushed.

"The lighting isn't too obvious or garish – just enough," Kay pointed out.

"Yeah, I love it and it self-adjusts so I never have to worry about it." Chip reclined on the butter-soft leather couch.

"I'd be both an alcoholic and a couch potato if I lived here. I wouldn't be able to remove myself in order to get any work done," Will said.

“My office is the best part of my house. It's my cockpit, command center and a comfortable space. A twelve-hour day passes by like nothing. I have a couch in there that rocks and pulls out to a bed, which I've slept on after a long day."

"No offense, Chip, but it doesn't sound like you have much of a life outside of work." Kay was being brutally honest. A trait she was always trying to tone down.

"No offense taken. I make a minimum of $15K per month and I only see that increasing. There aren't many people I know who wouldn't exchange that amount of cash for hard work," Chip said with a defensive tone. "There are plenty of people raking in more cash in Silicon Valley but someday they'll hit a ceiling. I don't foresee that happening for me."

Kay decided to ask him outright. "What it is you do for this Jan Zabar?"

Chip drew his pinched fingers across his lips. "My lips are sealed, Kay. Like most jobs these days, I've signed an ironclad non-disclosure agreement." Chip had several drinks and despite his buzz, he towed the company line. "Don't look at me like that Jade – I'm not trafficking illegal drugs."

"Well, Chip, if that were the case I'd ask for samples," Jade joked and the four of them moved up to the office.

An entire wall of the office was filled with screens. They were all black except for timestamps in the upper left corners. Behind Chip's back, Kay managed to snap a few shots. Most of the time zones covered Eastern Europe – if Kay was correct. She knew Chip's career dealt with international clients, but she needed to know more. A Wi-Fi coffee maker sat on a side table and he had a smart-elliptical under his desk. A video that was connected to his doorbell was mounted on his wall.  Chip's chair alone was worth more than Kay's car and the chrome details were perfectly polished. The shelves were typical and scattered with a dozen or so folders, many unlabeled. It wasn't going to be easy figuring out what mattered and what didn't. Her time alone in the office was limited. She bumped into Jade and whispered in her ear. "Call my phone now."

Read the rest of this episode